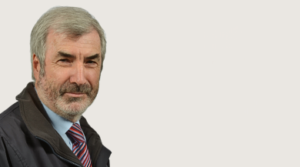 Captain Martin Phipps MBE is a Master Mariner with over 50 years’ experience working within the ports and shipping industry. Before joining Associated British Ports (ABP)as a Pilot he served in the Merchant Navy and has over 10 years command experience on geared bulk carriers, VLCC’s and gas carriers.

Working alongside this he has also worked as a part time lecturer at Solent University Warsash Campus teaching students for MCA Orals examinations.

He acts in the capacity of Designated Person under the Port Marine Safety Code for several major ports and is a Younger Brethren of Trinity House.