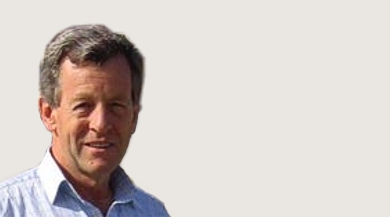 Peter Bingham has a lifetime experience in maritime transport and the development of projects in international shipping, ports, transport and logistics. He has been a consultant for over 30 years, specialising in the practical, operational, economic and commercial aspects of transport-related projects in Europe, the Americas, the Middle East, Africa and Asia. His work incorporates an understanding of port operations and management, together with sea, land and inter-modal transport and handling systems, and their incorporation into efficient and cost-effective operations.

During 2003 / 2004 he was the Ports and Maritime Adviser to the Coalition Provisional Authority (CPA) in Iraq. With responsibilities to the Regional Coordinator for Southern Iraq and the Principal Adviser to the Minister of Transportation in Baghdad, he worked with the Iraqi Ports Authority to restore port and maritime affairs to international standards. He returned to Iraq in 2009 / 2010 for 18 months as adviser to the Japanese government’s $300 million Iraq Ports Rehabilitation Project.

More recently he has been working on a Black Sea-based project, financed by the World Bank, to help ease the negative effects of a major port on the adjacent city, and, elsewhere, advising on the provision of maritime emergency response and salvage services, including emergency towage and pollution response vessels and on-shore response centres.

He has worked on port privatisation and commercialisation projects in the UK, South and Central America and in Iraq. His earlier career included periods as managing director of dry cargo operations (commodity management and quality/quantity control) and international freight forwarding in the UK for a multi-national inspection organisation, as general manager in the UK for US ship owners, as an active member of the Baltic Exchange in London, and as a commissioned officer in the Royal Navy.